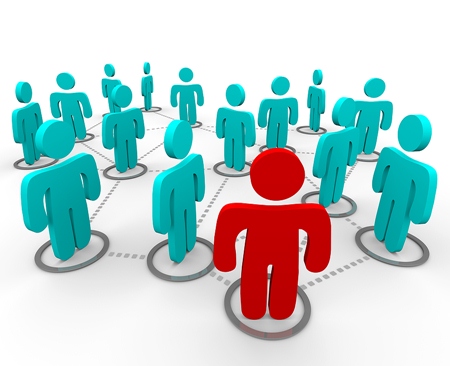 Social networking is now the norm for a majority of Americans. I have talked about some of the relational and social implications of this previously. Living life in the cloud is very convenient, there is a lack of intimacy that is almost numbing. People say things online they would never say in person, and this had led to a number of tragedies documented in the news. There is another major problem with having the majority of your communication and creative efforts online. You are handing a part of yourself over to someone else for safe keeping and you have no idea how trustworthy they are.

Data security is an obvious problem that most completely ignore. When servers crash it is not the service provider who cares about your personal or business information. A couple of situations this last year brought this point home to me in a personal way. Throughout the 1990′s I was the subject of a few dozen articles in local, regional, and national publications. These articles were published online as well as in print. Recently I started searching for the articles because they represent a chunk of my professional career. I was stunned to discover most of them were gone. In some cases the publications had been purchased and old content was not carried forward. In other cases they had simply purged old content. In one case the publication no longer existed. In any case my articles were gone, permanently.The second situation involved an online accounting system I had used for many years. As is often the case, we became complacent and did not regularly back up the data. The service provider had a large corruption of data and found that their backups were bad. They lost a year of our accounting data. Fortunately we had all of it in hard copy and most of it available to us in other forms. I will not list the name of the accounting provider here. I can tell you we no longer use the service.Data backup has always been a serious IT issue, one that “bytes” people all the time. It is even more critical in a cloud environment because you have no control over the care and upkeep of the server. You are completely dependent on their business practices. Recently Google had an accidental deletion of thousands of user accounts. All of their data was gone in a flash with no hope of recovery. Cloud computing is like a drug, it feels really good but it can have nasty side effects if not used properly.A second major issue is intellectual property. I know many young people that write songs and post them to Facebook or YouTube. What rights did they click away when they checked that box agreeing to their terms and conditions? Who owns the song? What rights does the service have regarding the content? Honestly there is no way of knowing until a situation goes through the court system. We have not seen how they will “split the baby” on this one. It is the same for poems, love letters, fiction, pictures, movies and opinion. We simply do not know for certain who owns it.After giving it a lot of thought I recommend the following rules when posting to the social web. If it is creative or unique to you then do not post it there. Don’t give your creative self away for free, you never know what might have value down the road. Eventually someone is going to have a top musical hit that was put on Facebook first. When millions of dollars are at stake you do not want a service provider with deep pockets snatching the value away.

Set up your own web site if you can for your creative pursuits. Post your photographic art, musical compositions, and writing there. If what you create becomes popular, there is no question as to ownership. Web sites are easy for anyone to create. Google, WordPress, and Yahoo all have free ways to do this that are easy to use. There are countless others out there also. Back up your site on a regular basis. A traditional approach is have a copy on the web server, a copy at your home, and a copy in a second geographical location. It is really worth it not to lose your information.

So what should you post to social networks? I try to keep it to general conversation with friends, comments on public events and a happy birthday or two. In truth, if it contains substance, I don’t post it. It would be like handing my personal communication to a stranger and asking them to pass it around eventually getting to the intended recipient. I know it might sound old fashioned but there is a level of creepiness to how many people use Facebook et al.

I certainly hope that when it comes to creative rights that the courts decide in the favor of the individual. I am seriously concerned they may not and I feel for whomever becomes the test case on which laws are based. That would be very painful and expensive. I will continue to be a user of all the major social networks for the foreseeable future. In the meantime I intend to be careful and cautious with my intellectual property. This is a case where discretion would be wise.