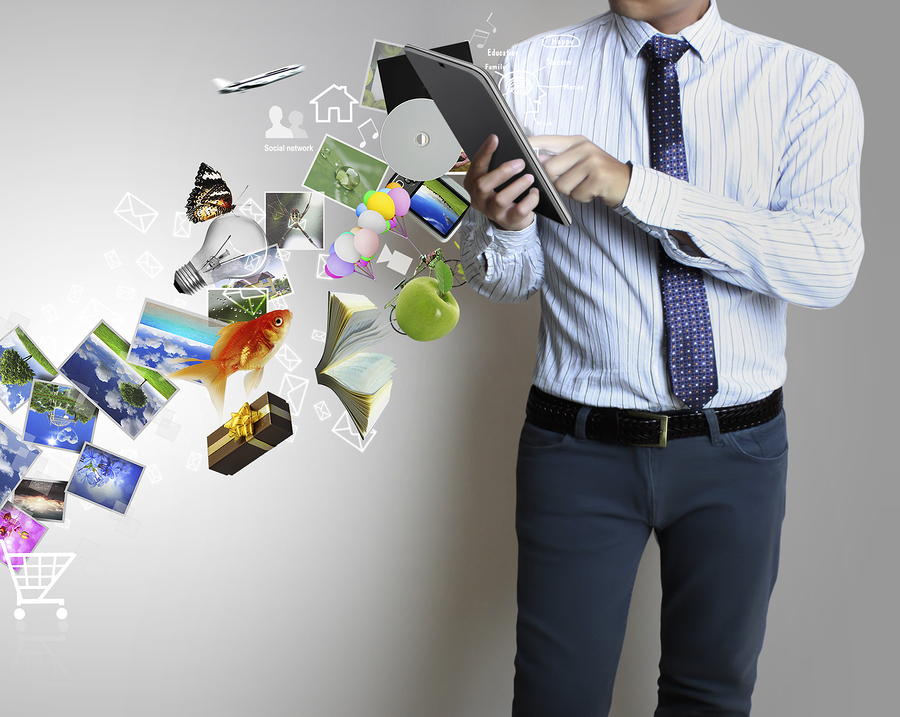 Over the last few years there has been a raging debate over the intelligence of cloud computing for consumers. With the success of Dropbox, Drive, et al, we see the tide has turned. Consumers are increasingly happy being seamlessly (mostly) connected to their data across their computing platforms (pc, laptop, tablet and smartphone). The current running debate is about policy, and every so often you run across the conspiracy theorist (partially correct) that avoids Google’s knowledge of his existence. The overwhelming conclusion of this debate is that convenience trumps fear. If you look at the behavior of Facebook, Twitter and other social networks you can see them steadily pushing people away from privacy, and it is working. Consumers are comfortable with their personal details hanging out there for the world to see.

What about in business? That is a whole different animal, isn’t it? I would argue that just like trends in the midwest trail the coast by a predictable period of time, business adoption of technology compared to consumers follows the same pattern. Lets look at the rough era of proliferation of certain technologies in consumer electronics vs. business for a moment:

In the 1980′s computers became comfortable for consumers. I lump the Ataris, Commodores, Amigas and others in the category of computers. By 1990, computer penetration into the consumer consciousness was complete. By contrast it was not until the mid-1990′s that businesses automatically assumed each employee needed to have a computer in order to be productive. That pushes the acceptance gap at roughly 5 years. When it comes to mobile phones the adoption has been almost simultaneous. This is an anomaly that I think is easily explained by the critical nature of phone communication on business.

When you jump ahead to smartphones the gap is once again present. Smartphones became the norm for consumers with the proliferation of Android and IOS. Business is just now deciding that employees need smartphones to be productive. Previously they were optional and only for certain worker classes. I personally believe that the lack of dumbphone options on the market is driving business adoption, not some recognition of the value of smartphones. You can also see the same pattern developing with tablets. As of this year most families assume they need a tablet as their next logical computing purchase. They are a hot commodity. Business is just now dipping their toes in the water, not certain that their applications can be ported to effectively work on them. Over the next couple of years I think we will see a rapid acceleration of the adoption of tablets in the workplace. Ultimately I think they will supplant traditional pc’s completely for some classes of workers.

These brings me back to the issue of the cloud. I hear a standard set of objections when considering cloud computing for business applications. They typically are:

I believe that the widespread adoption of tablets and the required cloud computing platform will happen. It is an unavoidable tsunami coming that will obliterate some businesses while others surf to new heights. Here are my thoughts on each of those objections. I would boil it down to this simple argument. your current servers are on a network that is connected to the internet. There are routers and firewalls between your data and the unwashed, but it is still connected. If your employees can browse espn.com, then nod yes. In a cloud service like Google Apps for Business you are also behind routers and firewalls. The question is, who will do a better job protecting you, your IT guy that you do not pay enough, or Google’s highly paid engineering teams dedicated to internet security. While your guy is chasing that cabling problem on the second floor or rebooting the CEO’s laptop, Google’s team is identifying the latest threat and deploying adjustments in their system to counteract them. Who will you bet on? If you are spending what you should on servers, data centers, backup solutions, UPS systems, etc. then a solid cloud option should be a wash in terms of cost. If you are doing a cheap, risky job on your IT see my previous point on security. You need to belly up to the bar and pay the bill. Your business and your customer’s data is worth it.

The cost of storage in the cloud is dropping steadily. There are even solutions that only charge you when you access your data. This is a powerful tool for companies that archive many years of large data. I often hear executives lament that the only time they need it is in a legal dispute and often then backups are bad and the data is lost anyway. This is a valid concern in the old model. Many people hang onto the idea that their data has to be present in the same building for it to be safe. This is simply the wrong way to view it. Cloud computing works when your primary storage is cloud-based and backups reside locally. When you pull files as you need them instead of massively syncing files to the cloud your bandwidth requirements drop dramatically. Sure, once a day/week/month pull a backup overnight but this is far different than trying to live sync files to the cloud as a backup. Drive syncing is a horrific drain on the network and completely unnecessary.

There are other arguments as well. Some I have touched on in other articles. The cost of computing hardware actually drops when you go to a cloud-based architecture. Tablets and Chromebooks are inexpensive and fully capable of performing most tasks in business. Sure CAD, extensive graphics work, and modeling are all the domain of workstations. But email, browsing, business documents, business graphics, are all readily executed in the cloud. I believe this wave is coming and I am seeing the benefit of moving Oasis Digital to the cloud two years ago. The benefits have far outweighed the negatives, hands down. I think that will be the case for most businesses in the coming years. The PC is dead, long live the cloud!