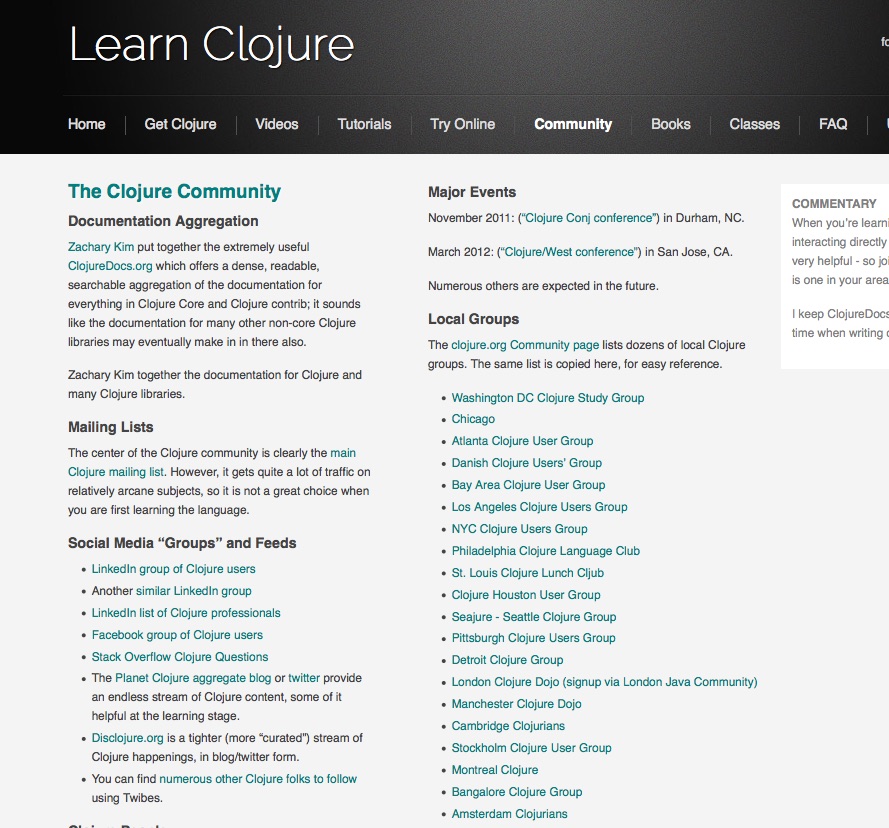 At Oasis Digital we have been working with Clojure intermittantly since its release several years ago, and recently we used it for an intern project. In the process, we sifted through a large pile of Clojure learning materials. We have gathered up many of those and posted them on a convenient URL: Clojure appeared in 2007, which makes it still a relatively new programming language. Clojure is a dialect of LISP, modernized to include built-in support for numerous data types beyond lists.

Although Clojure is a general-purpose programming language, and can be used to write any program which could be written ] in (for example) Java, there are a few caveats:

We recommend considering Clojure for certain types of projects:

Our Clojure developers and consultants can take on an entire project, or assist with one already underway. Please contact us to discuss your Clojure project.