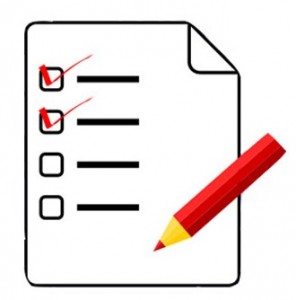 Here at Oasis Digital, the bulk of our work is on complex business data systems. I was unable to determine the specific research/practice origins of task-based UI, but it is most commonly seen as arriving from three main directions. First, the inductive user interface guidelines published by Microsoft around 2001 lay out a detailed description and motivation. Second, the domain driven design (DDD) and command query responsibility separation (CQRS) communities often described task-based UI as suitable for use in front of the system built with those principles. Third, simply looking at mass-market software there are numerous examples.

Task-based UI is the opposite of CRUD UI, a convenient foil. Many software systems have numerous features which are readily described as CRUD: create, read, update, delete. Some developers describe their work as primarily creating CRUD systems, with either pride or disdain. When analyzing a proposed feature or proposed software project, we sometimes evaluate the extent to which the project is “just CRUD” versus behavioral functionality. Brought to the user interface, CRUD typically means screen after screen in which users can make an entity of some kind, find an existing one, update one, or remove one. In other words, a minimal veneer over basic database operations.

Simple CRUD user interfaces have the advantage that they are generally easy to create, and amenable to common tooling. Many development environments offer wizards or libraries to ease such creation, and this dates back to at least early 1990s, and probably much farther than that.

Therefore, CRUD has a lot of appeal when first creating a new application. Unfortunately, a system built primarily around CRUD tends to make behavior beyond minor validation unduly difficult to implement. If you find yourself squeezing business logic into an “on change” or “on click” event handler somewhere, you are probably experiencing this difficulty. As systems grow in complexity this bad fit can consume vast amounts of time and money.

There is a way out, and that is a task-based user interface, one which presents the user with options and actions which fit the problem domain of the software, rather than those which appear to manipulate data in trivial ways.

A common example to explain task-based UI is a change of address operation in a system which has subscribers, members, or some other class of people to whom things might be mailed etc. The CRUD approach to change of address is simple: the user searches for the appropriate user record, views that record, moves the cursor to the address fields, types over those values, and clicks “save”. Very convenient, very easy to program.

Unfortunately, down the line if there is nontrivial behavior in the system, it can be extremely difficult to determine what such an edit means. Was the address corrected because it had been mis-entered in the past? Was the ZIP Code changed because the post office changed the ZIP code assigned to that physical location? Or does this edit represent the person moving to a different place of residence? If the latter, how might that affect them in terms of the problem domain?

To avoid this, a task-based user interface would not only present address fields which can be edited. Rather, the user would see information about a person (including their address) then have options (buttons or whatever else is suitable in the visual UI guidelines at hand) with names like “correct mis-entered address”, “subscriber moved to another residence”, etc. Such explicit actions make it possible to capture the underlying domain-level meaning, rather than just edits to data fields. A downstream system receiving this information could then respond appropriately.

I encourage developers to consider a task-based approach even if the underlying system is not particularly domain driven.

Speaking of words, having built numerous user interfaces, I very often still “default” to wire framing with button labels like “add” and “delete”. Such things are fine for an early initial wireframe, but task-based design principles suggest reconsidering whether a more specific set of operations is suitable.

An example came up at work today with a list of employees, and the initial proposal was a “delete” button next to each one. But one does not merely delete an employee: at even the most heartless of companies there will be quite a lot more process involved in removing an employee from a list of employees. A system which manages the employees then, should probably have some sort of process flow around that removal, and it should use words other than “delete”.

If the user wanted Excel, they would use Excel. If they are using an application which is instead specific to a problem domain, then it should have features, both internally and at the user interface level, relevant to that problem domain.

One thought on “Task Based User Interfaces”