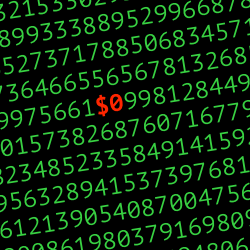 A few days ago, I caught myself thinking about whether to save some images and video; whether the likely future value of those megabytes would be greater or lesser than the cost of storage. This is a sort of thought that was important and valuable… a couple of decades ago.

Today, and at least for the last decade, bits are so absurdly cheap that they can be considered free, compared to the time and energy of people. Storing gigabytes or terabytes because they might come in handy is not just for government agencies, it makes sense for all of us in our daily work.

Waste bits to save time.

Bits are Free at Work

Here are some ways I waste bits at work:

Wasting bits can grow somewhat extreme. In the first example above, I described a screen video of developers working together, recorded for the benefit from other developers. You might imagine this as a high-ceremony process, done on important occasions about important code. But bits are free – so we sometimes record such video even if no developer will ever pay attention to it – the value is there even if just one developer maybe lets it play in the background while they work on something else – much like by working in the same room as other people, it is common to pick up some important bit in the background. If one developer learns one small thing to make their work better, that is more valuable than 400 MB of video storage space. Bits are Free at Home

Here are some ways I waste bits at home:

How Free Can Bits Get?

I expect this tradeoff will shift even more exponentially in the future. In a couple of decades, perhaps: